Michael Bowe is a leading criminal defence lawyer who attended the University of Sydney Law School and graduated in 1974 with an L.L.B. Following a post-graduate year of articles as a legal clerk, he was admitted as a solicitor to the rolls of the Supreme Court of New South Wales and subsequently was admitted to practice in the Federal and High Court of Australia. 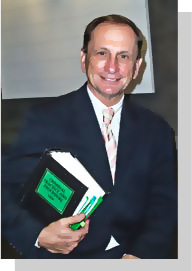 Michael has 35 years of practice and experience, initially commencing as a general practitioner operating in a wide area of law and legal issues. Ultimately he developed his specialties as a court defence lawyer with experience in all courts, tribunals and commissions. He has represented clients in many landmark decisions and in the process has established legal principles and precedents. Michael has been a guest lecturer in criminal law at the University of Technology Sydney.

Michael specialises in criminal law and has been appointed by Legal Aid NSW to it’s Serious Criminal Law and General Criminal Law Panels. Appearing daily in the court system at all levels provides an innate understanding of what is required for the preparation and presentation of each and every case.

These appearances require a detailed forensic analysis of each and every crime and an insight into the court system, a complex understanding of the rules of evidence, the crimes act, the relevant court legislation and case precedents. The Specialist Accreditation Board of the Law Society of New South Wales has accredited Michael as an accredited specialist in (trial and court) Advocacy. In its legal context, such advocacy is the art of conducting cases in court, both in argument and presentation with the skill to present the evidence in the best way to convince the court to your favour. The Law Society of New South Wales and his peers accredit Michael with this skill.